Hi ... I’m Cindy Howlett and I appreciate your interest in my website and my story. I‘ve been living the Paleo Lifestyle for almost two years and at the age of 61, never felt better! After reading Primal Blueprint by Mark Sisson in late 2015, I was gobsmacked when I realized the devastating effects that eating grains and legumes, among other things, has on our bodies. For decades I’ve been nutrition conscious, but often misguided. When the low fat, fat free revolution flooded the market in the mid 80’s, I was a marketers dream, and totally fell for it. Suddenly, foods that would never have been on my shelves filled them. Fat free and low fat cookies, cupcakes, donuts, and ice cream became staples. I ran a lot then, often 10-12 miles several days a week to rid myself of the calories I consumed the previous day. My weight fluctuated up and down like a yo yo. I gained and lost the same 20-30 lbs so often that I should have named them! Then in early 2000, I stumbled a

cross the Atkins Diet which stopped me in my tracks. It finally struck me that in manufacturing foods to be fat free, they were adding more sugar to it. I read several books on the subject of “white poison” and was compelled to make it my mission to educate others. As a nurse anesthetist, I was seeing

more and more obese children coming to surgery on medications for high blood pressure, high cholesterol, and depression – I had to do something! So in juvenile language I wrote a small picture book called “Carbavoid-The Fuel For The Future” which compared fueling your body to fueling your car. It was published in 2011.

Although I thought I was eating a healthy diet, I still suffered from abdominal bloating, lethargy, brain fog, and arthritis pain. I was still misguided because I touted whole grains and legumes as good sources of carbohydrates. Fast forward to late 2016 when I read Primal Blueprint. I was astounded to read that eating whole grains, legumes, vegetable oils, and dairy were creating a false pathway from my gut into my bloodstream. I had heard of ‘leaky gut syndrome’ but didn’t really understand it (read FASCINATING FACTS). This was revolutionary to my previous way of thinking, so I went in search of more information and
knowledge on the subject. It’s amazing that all this information is out there, yet so few people know about it. Everyone should have an understanding of what the Standard American Diet (SAD) is doing to our health and the health of our children. It has made the USA the fattest nation in the world, while also creating a host of new autoimmune disorders that didn’t even exist a century ago ... this IS SAD!

Many sources for this information read like college textbooks, so it’s my mission to summarize and simplify it so that everyone can become informed and make better choices about what we feed ourselves and our children, starting with the 30 day challenge to eliminate all the sources of toxins that lead to leaky gut. This is the recommended time it takes for the gut to heal and to rid the body of its dependence on comfort eating (read THE FIRST 30). It’s recommended that after the 30 days, you may reintroduce some offending foods one at a time and see what effect they have on your body. At the end of my 30 days I wasn’t ready to do that, I went from lethargy to euphoria with no bloating and my arthritis pain was disappearing. I was sleeping better than I had in decades … falling asleep faster, sleeping undisturbed, and waking up feeling rested. As I continued eating the Paleo Way, the stubborn fat around my midsection (worse since menopause) was melting away – revealing my abdominal muscles that I knew must be in there! After one year I had lost 28lbs and my weight has stabilized and remained the same for the first time in my life. Previously I was getting injections in my knee for arthritis pain every 6 months, but I haven’t needed one since beginning this journey. I run 4-6 miles at a time with NO pain. I live the Paleo Lifestyle 95% of the time, but studies have shown that 80% will give your body the healthy benefits of it.

After Mark Sisson published my success story on his website www.marksdailyapple.com, I was overwhelmed by the positive responses and decided to create this website with the hope that anyone visiting it will see a better perspective when it comes to the food you feed you and your children. Their health depends on you. I wish you the best of health and happiness. GOGOPALEO! 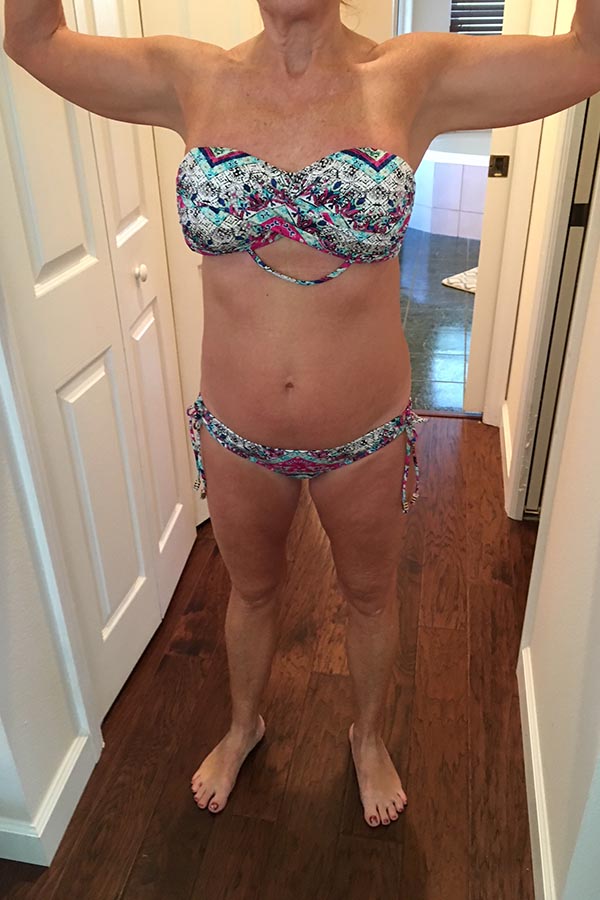 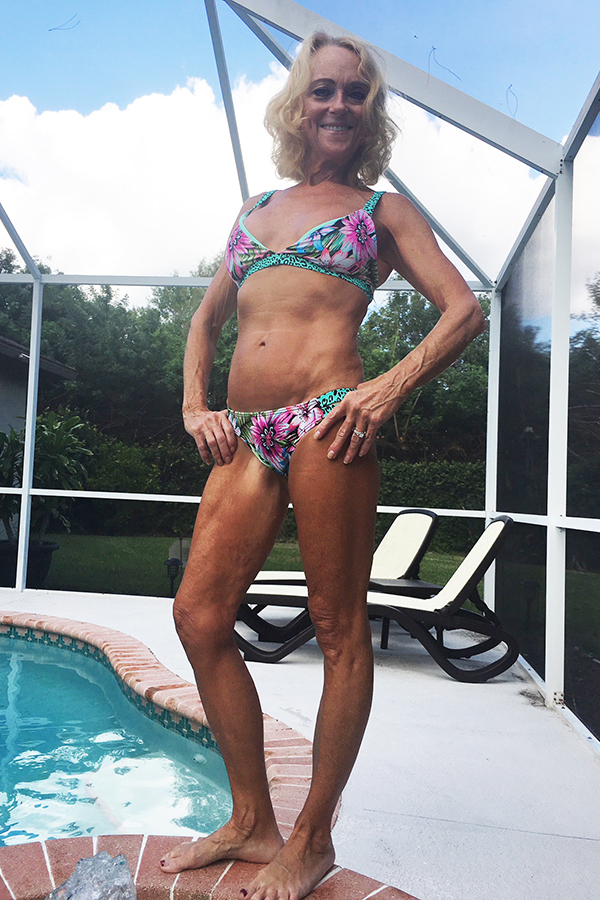